A* for Study Day at British Schools Museum

A good day was had by all at the study day and AGM on Friday. A big thanks goes to all those who gave their time to make the day a success.

We started the day with a welcome from Emily Shepperson, SEMFed Committee member and Assistant Curator of the museum.

A successful trial of a new venture saw five minute updates on projects from SEMFed members Jenna Ingamells, Tabitha Runacres, Leah Mellors, Sarah Russell and Lauren Ephithite. It is hoped that now everyone knows it not that scary to do, more people will come forward each time we meet!

Annette Oliver, the Learning and Access Manager at the British Schools Museum gave us a really useful insight into how she had worked to develop the schools learning programme over the last two and a half years. She indicated that the all important aim was to focus on what the schools wanted and to provide sessions that were geared to the pupils’ learning. She described some of the challenges she faced but also highlighted how successes had been achieved.

Next we heard from Andy Gibbs, Curator/Manager. He told us a little about the history of the area of Hitchin in which the museum is located, the school and the types of lessons and teaching that took place there. We were able to go on a great guided tour to see the world’s last remaining Monitorial school room where we practised our letters in a tray of sand and discovered what rewards and punishments we might have faced if we had been pupils there. 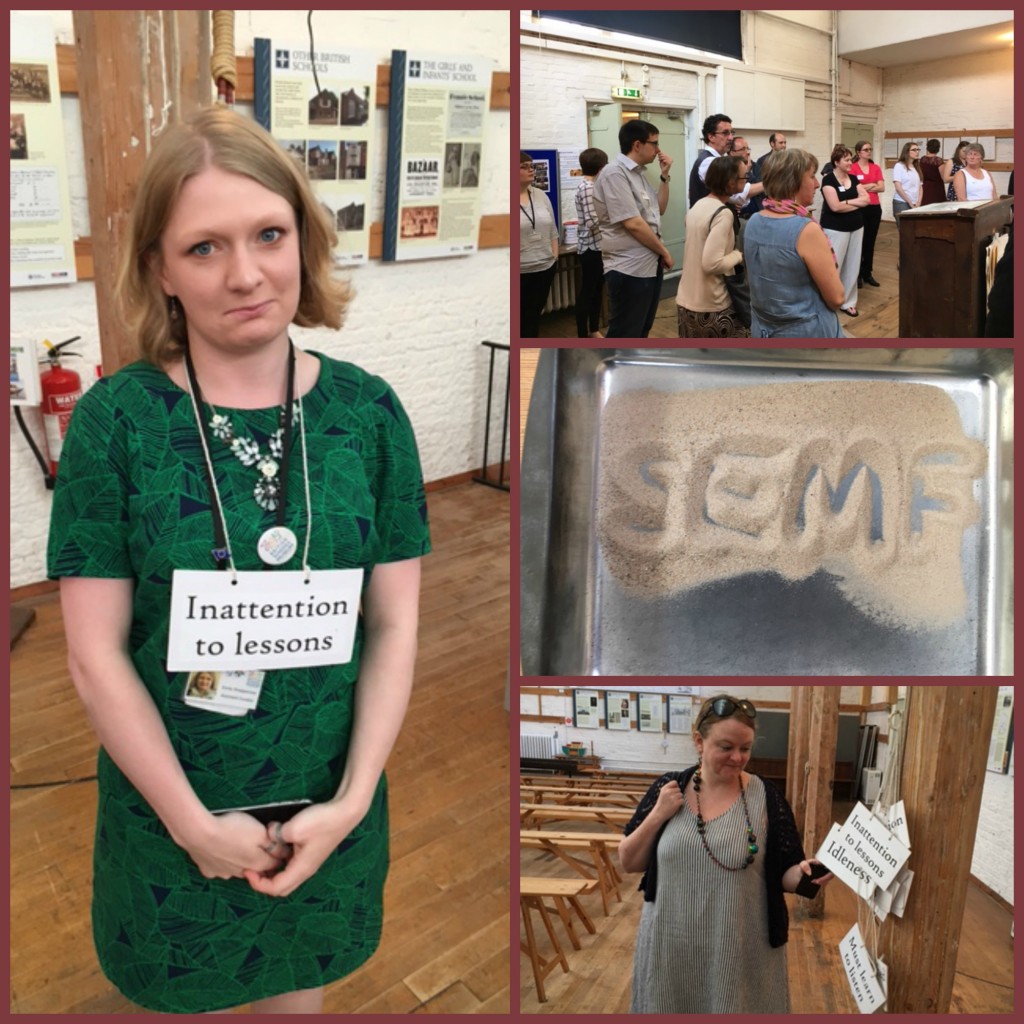 Other classrooms were set up to reflect the First and Second World War classrooms as well as an 1850s gallery classroom where we all sat and had a quick lesson on the common squirrel!

After a lovely lunch, the AGM agenda was got through at good pace. We elected a new Vice President, Lauren Ephithite and Jenna Ingamells also joined the committee with Laura Hill. Thanks were given to Mark Mniszko for his work with Emily Shepperson on the new federation leaflets and postcards. These were circulated at the end of the meeting.

A short walk across town took us to the not yet opened North Hertfordshire Museum where we were met by Museum Manager Ros Allwood. Ros showed us round the new gallery spaces and there was a real buzz of conversation as we all got to see the case plans and objects ready to go on display. The passion and commitment to making the museum the best it could be was clear from everyone we met, despite facing some challenges.

The day was rounded off by two very informative talks from Jamie Everitt and Sarah Menary, Regional Museum Development Manager of SHARE and Museum Development Officer for Buckinghamshire, Oxfordshire and Berkshire, respectively. Both were keen to foster the relationship between themselves and the federation.

As always there was a great atmosphere to the day.