On Thursday 28th June SEMFed members had a splendiferous and marvellous study day at the Roald Dahl Museum and Story Centre, in Great Missenden, the home of one of the greatest children’s authors for 36 years. 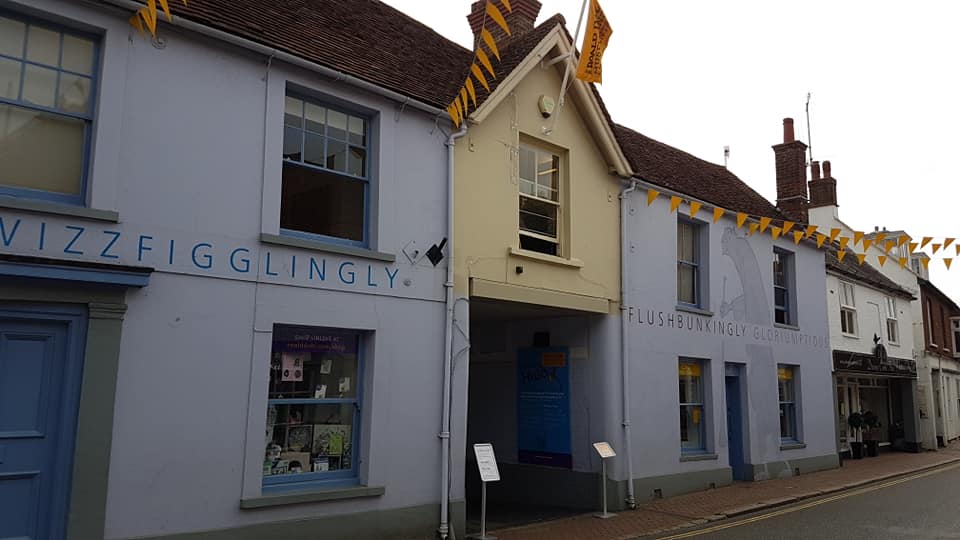 The Roald Dahl Museum is a unique site with a very special collection. Step through the unassuming entrance and you enter the extraordinary world of Dahl full of colour and fun – as well as Wonka inspired gates making any adult fan of his books feel like they’ve stepped into the factory. The museum has gone through a range of changes over the last 3 years or so, but unfortunately has had a rather unexpected turn with a flood in May, and is currently unopen to the public, but our spirits couldn’t be dampened with this special visit. 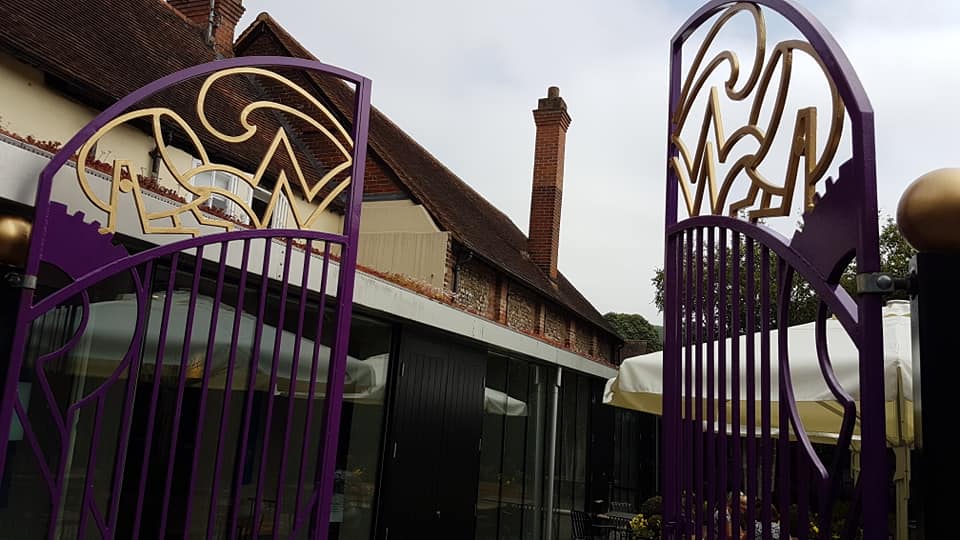 We were first given an over view of the site and its operations over the last 3 years by Steve Gardam the Director. The museum was established in 2005 and is home to Dahls own detailed archive of writings, drawings and extraordinary writing process. The museum has an interesting situation; the Roald Dahl Story Company Limited owns and manages the copywrite to all material (and won’t be out of copywrite until another 40 years), and the museum is an independent charity that receives a donation from the Company but is reliant on income from visitors. In turn, the company owns the material, but the museum owns the paper it’s on – a unique set up! The Company in turn uses the collection plus Quentin Blakes fantastic illustrations for the shop material and press, and the museum has benefitted greatly from it.

The museum knows it isn’t the only place that can tell and show Roald Dahls stories, but it is the only place to understand his original work and writing process. The new addition of the physical Writing Hut moved into the gallery also really brings the power of the real, and in Steve’s words; ‘it ups the magic!’ 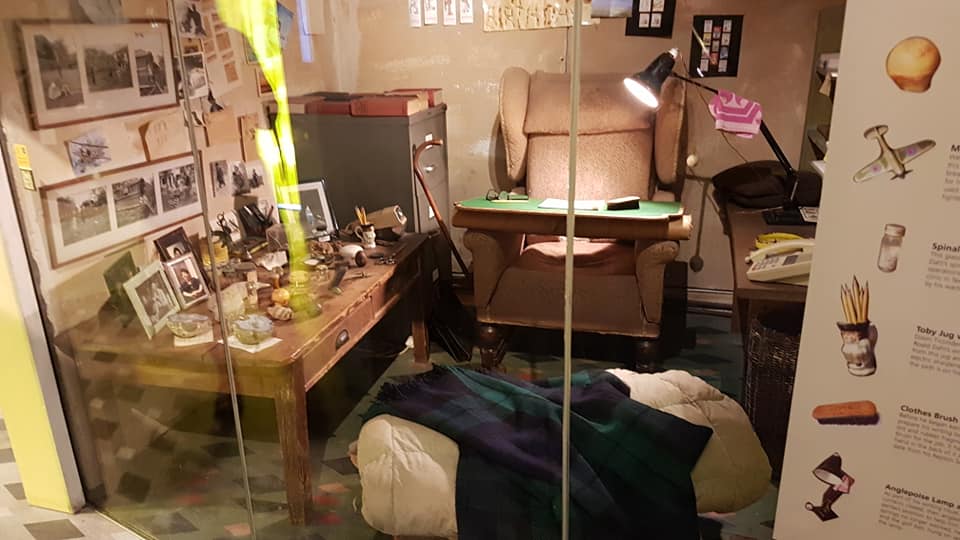 Key anniversaries, international press and new acquisitions in the past years has meant large numbers of visitors to the museum. After the arrival of Dahls writing hut in 2011 numbers rose to 60,000, and 2016 saw the centenary year and release of the Disney BFG film resulting in 93,000 visitors (of which 13,000 were school pupils). However the museum lacked clear leadership after a long changeover of directors prior to 2015, and SEMFed members were pleased to hear the dramatic organisational and structural changes that had been implemented by Steve and the team in 2016, including new office spaces, improved entrance, and  reviewing the museums key statement (reduced from 21 statements!) in a Dr Who style regeneration which they hope to continue across the site.

That everyone who experiences the Roald Dahl Museum and Story Centre understands how the work of Roald Dahl can be a key to unlock the stories we all have inside us. 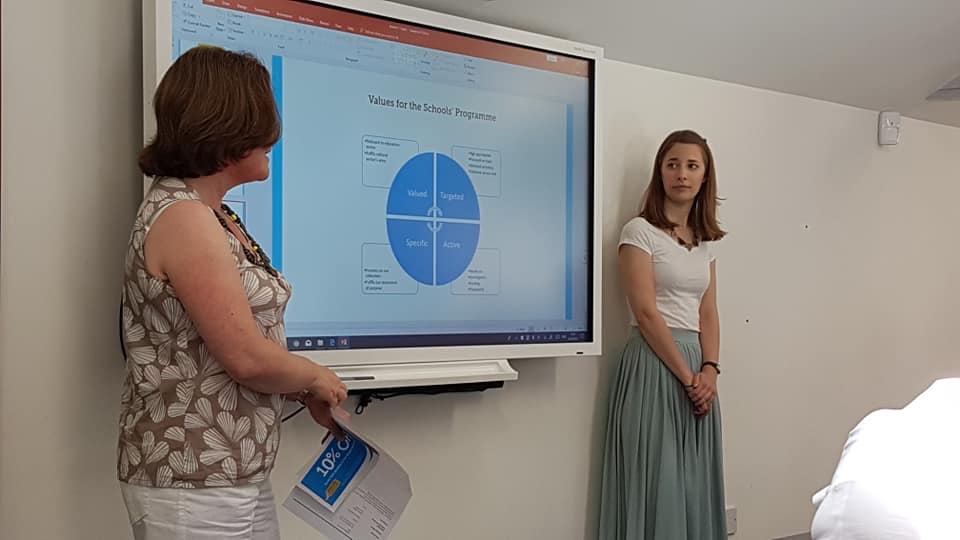 This regeneration included the schools programme, and we heard from Natalie and Grace from the learning team about how this happened. The programme had been successful over the years, but it was decided that while other areas were changing this presented an opportunity, especially as some programmes had not changed for 10 years. It took the best part of a year to go back to basics rather than the simple ‘tweaked’ offer, but the overhaul and hard work has been a success. There is now more evaluation, and more focus on the archive material and making use of the new workshop area. The new programme is based around the agreed refreshed statement, and really focuses on the process of story making, including cutting and editing material and taping paper together just like Dahl.

After a scrumptious lunch and huge chocolate brownies that Augustus Gloop would be jealous of, we were given the chance to look around the gallery spaces. Unfortunately, as mentioned, the whole museum except the gift shop and café are currently closed as a third is suffering flood damage. However the galleries would could see really are a joy and completely make your mind wander into the astounding world created by Dahl. From huge scented Wonka Chocolate doors to dress up of his time at school, the museum gives a story of its own following his early life, time in the RAF, and writing process including of course the wonderful writing hut now on permanent display set up exactly how it would have been – including Dahl’s hip bone sitting neatly on the table! The family friendliness of the museum is helped by the subject matter but undoubtedly also provides an attractive pilgrimage spot for all lovers of Dahl of whatever age. Sadly, we couldn’t see the Story Centre Gallery which is the museum’s creative hub that inspires writing and story-making, where you can sit in a replica writing chair and create  your own gobblefunk word (there is a virtual tour available on their website luckily!). 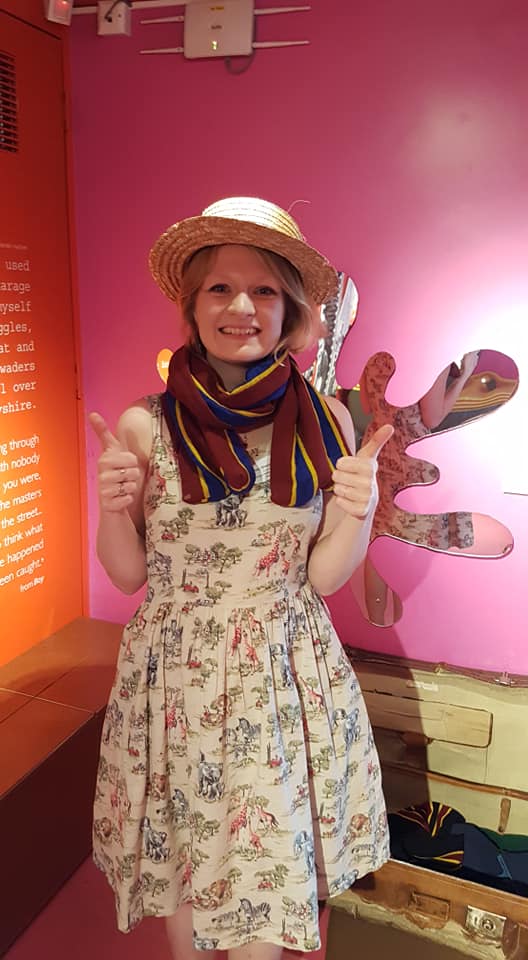 We were then back in the workshop space to hear from the marketing and retail teams in the afternoon. The museum is lucky in the fact that the Roald Dahl Story Company and other organisations produce a large amount of press which the museum can then utilise, however there are also difficulties and resrtictions. While a mass of Quentin Blake products are available in the gift shop, no illustrations can be used without asking for any museum specific products or branding. Likewise the museum has to be cautious about what it can use from it’s archives and show through marketing or social media. We did however see their wonderful James and the Giant Peach themed marketing for this summer, although it now won’t be used! Always seeing the positive though, the museum sees this rather disastrous turn of events as an chance to trial run marketing opportunities during a prolonged closed period, such as the planned capital building work and redevelopment in the future.

A big thank you to Steve and the whole team who spoke to us about their roles and the big changes that have happened at the Museum, and for a truly interesting and inspiring day. Although they are facing current challenges, I feel the great positive attitude and passion that the museum has makes anything achievable, just as Roald Dahl continues to make children feel like the heroes of their own stories.